The complete archive of publications of Inland Waterways International from 1992 to 2021; 770 pages, abundantly illustrated with vector maps, supplied on IWI-branded USB flash drive.

The complete archive of publications of Inland Waterways International from the first issue of WORLD WIDE WATERWAYS in 1992 to March 2021, including the printed magazine (with features and news of inland waterways in Europe, USA, Canada, China, Vietnam, India, Japan, Australia, Egypt, Panama, Nigeria…) and intermediate Newsletters. 770 pages, abundantly illustrated with detailed vector maps. All in a single pdf on the IWI flash drive! (We can also send the file through a file transfer provider). 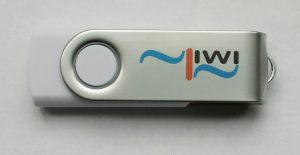 Price £25 including licence to copy material (credited to IWI and the authors, all rights reserved)

This volume is made available to members and to other interested parties. The publisher’s rights are reserved for all pages, which may be selectively reproduced or quoted from subject to obtaining prior permission from editor@inlandwaterwaysinternational.org. The title photo or lead article are given in the list of contents (since 2007) for reference.

Due credit must expressly be given to the author of any signed article, letter or editorial. In addition, all maps (except where otherwise mentioned) are to be credited to author/cartographer David Edwards-May as publisher of the original maps.
Comments and opinions expressed in IWI’s publications are those of the authors, named or other­wise, and do not necessarily reflect the position of the Association as a whole.