The World Canals Conference was opened on August 30 in the Maryland Theater, Hagerstown

The Chesapeake and Ohio Canal Association is proud to be hosting the 2021 World Canals Conference in Hagerstown, Maryland, USA, in collaboration with Visit Hagerstown and the US National Park Service. The event commemorates the 50th anniversary of creation of the Chesapeake and Ohio Canal National Historical Park. Substantial restoration works have been completed on significant sections of the canal, particularly in Georgetown, Washington, and in Williamsport, MD, close to Hagerstown. The C&O and its project partners are delighted to be showing delegates one of America’s most emblematic canals 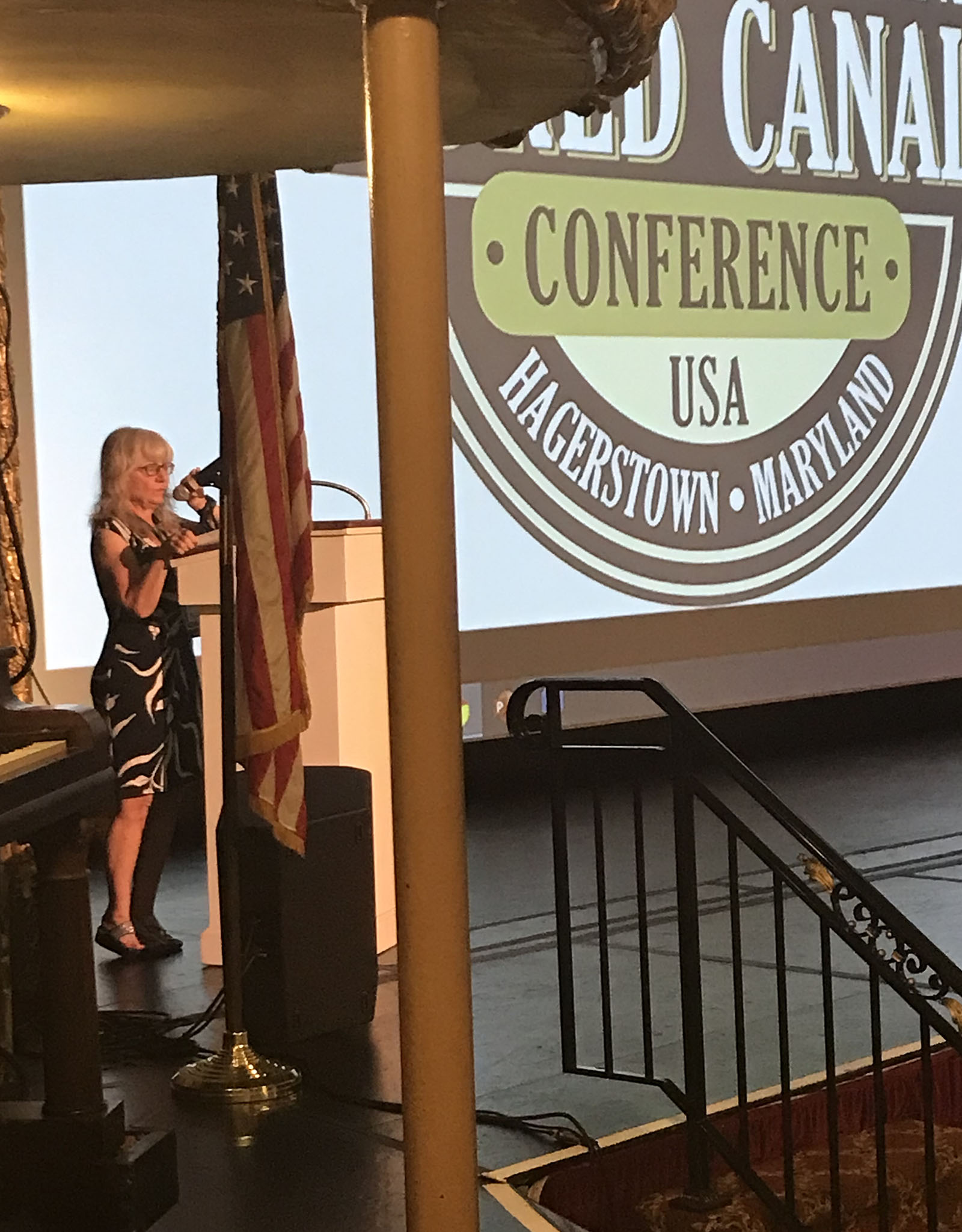 The regional tourism authorities and an experienced conference planner are accompanying the Chesapeake and Ohio Canal Association in running the event.

To see a detailed map of the Chesapeake & Ohio Canal and all its locks and aqueducts, also distinguishing the sections that are in water and navigable or at least canoeable, click here

N.B. This page previously featured the WCC 2020 that was to be held in Leipzig on September 20-24, 2020, but the coronovirus pandemic forced Leipzig to postpone its event. See future conferences

Cushwa’s Basin at Williamsport on the Chesapeake & Ohio Canal. This key site on the canal is close to the conference venue at Hagerstown.