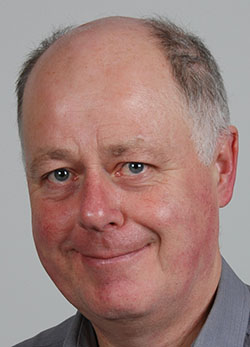 Inland Waterways International as a body and its members as individuals were saddened to hear that Glenn Millar, friend and supporter of inland waterways, passed away in September 2013 after a long illness. Glenn was the economic development manager at the Canal and River Trust (formerly British Waterways), and enthusiastic leader of European cooperation projects on inland waterways. He kept working until 2012 and the successful conclusion of two recent EU-funded waterway projects ‘Waterways Forward’ (Interreg IVC) and ‘Waterways for Growth’ (Interreg IVB, in the North Sea Region).

Glenn, from Northern Ireland, was an ambassador for the waterways and was made Canelero de Honor by Spain in 2006, the same year he was chosen to present a model narrow boat to Mary McAleese, President of Ireland. His networks were prodigious and relationships lasted long beyond the project or committee where they were originally formed. People valued Glenn’s insight but also valued his company and friendship

The portrait reproduced here, by courtesy of the website BoatingBusiness.com, was named ‘Europe Comes Together’; that is a fitting tribute to Glenn’s vision and achievements.

A tribute has also been printed in the new (4th) edition of the European Waterways Map and Directory, published by Euromapping, which is dedicated to his memory.