Barge owners and operators will contribute up to half of the cost of building the 106km long Seine-Nord Europe canal through the toll levied by the canal’s future private-sector operator.
Two approaches were discussed at a meeting on April 18 in Ghent, bringing together VNF, Waterwegen & Zeekanalen (Flanders) and Service Public de Wallonie (Wallonia).
The first, proposed by the project partners, involves charging more for goods that are ‘captive’ or most likely to be carried by water, such as agricultural products, bulk minerals and metals, and less for goods more difficult to win from road and rail, such as containers.
The carriers argued on the contrary for a toll indexed on the value of the cargoes.

Route of the Seine-Nord Europe Canal, close to the existing Canal du Nord, which will be abandoned except for the short connecting length with four locks north of Péronne

The proposed tolls range from €2 to €4.90 per tonne, according a report in the French magazine NPI – Navigation, Ports & Intermodalité.
These tolls were set at a level corresponding to 30% of the saving in transport costs offered by the canal.
This means that the carrying industry will retain 70% of the benefit of the reduction in transport costs.

It remains to  select the private-sector partner to design, build and operate the waterway, although the competitive dialogue process should be completed in the coming weeks. 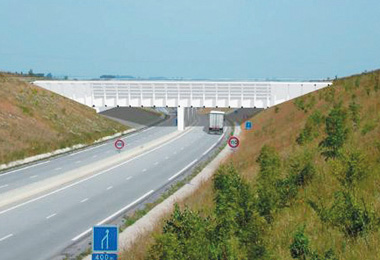