IWI is pleased to announce the appointment of Benny Ruus and Mike Miller as full members of its Council. 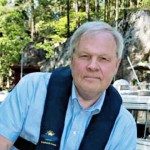 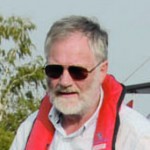 58 years old, married with three children, Benny Ruus has been managing the Dalsland Canal for 20 years, and was nominated president of the Swedish and Norwegian Canal Society (IWI corporate member) in 2011. Before coming to canals, he was a teacher, and was headmaster of a Junior High School before moving on to teachers’ training and educational development. He was then CEO of a Company in Stockholm for four years before the move to Dalsland.
Two years after joining the Dalsland Canal Company he started a programme to develop the canal by providing better services to visitors: guest harbors, lock stations, visitor centers, marinas, gas-stations, jetties, bridges… A parallel programme for conservation of the canal’s cultural heritage focused on renovation of the famous Håverud Aqueduct, lock chambers, lock gates, old buildings and various items of equipment. Over the 17 years 1994-2011, about 7.5 million EUR has been invested in these projects.
His keen interest in canal construction, water technology, construction materials and heritage has been stimulated by visits to many canals in Europe, and a number of canals in the USA, Canada and China, both heritage and commercial.
A member of the Swedish Canals Association for 20 years, he took part in the Canaux 98 heritage canals conference in Toulouse, and was one of the organisers of the World Canals Conference in Trollhättan in August 2005.

Mike Miller is a retired Irish process control engineer with a life-long interest in boats and boating. He and his wife Rosaleen were very involved in the IWAI for many years. Prior to retirement they gathered experience cruising in foreign inland waters by exchanging their 10m motor cruiser on the Irish system with various private boats, including Ron Oakley’s Heritage, on waterways in England, Europe and Canada. They have lived year-round aboard their 17m motor cruiser Aquarelle, which Mike built in their garden, since 2004. Moving to Europe in 2005, they have cruised extensively on European inland waterways in France, Belgium, Luxembourg, Germany, the Netherlands, Austria, Slovakia, Hungary and Serbia. They were the first foreign vessel authorised to cruise on the Danube-Tisa-Danube canal system for over 50 years. They have attended four WCCs by boat: Dublin, Kingston, Novi Sad and Groningen. Due to cruising in many countries and finding a wide disparity in regulations, Mike is leading the campain to have some commonality in boating regulations throughout Europe.