What does Lille, the historic capital of Flanders, have in common with Milan and Tokyo? Or even with The Hague, featured in this blog a few days ago?

It is a city that is determined to revive its historic intimacy with water, or what our Lombardy friends elegantly describe as la civiltà delle acque, or civilisation centred on water. This means reversing the trend which started in the years after World War II – covering or infilling small canals, or piping underground small streams – justified at the time by two benefits: public hygiene, and more roads for vehicle traffic. 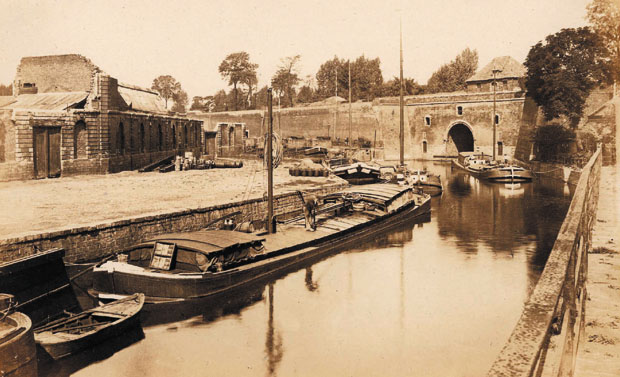 In recent years, Lille’s Mayoress Martine Aubry has seen many reports pointing to the role revitalised canals could play in the city’s development, but the current ambitious plans date roughly from the time the Canal de Roubaix restoration was being completed, in 2009. The EU Blue Links project is a separate story, but it is clear that the remarkable success of that restoration and the Blue Days festivities in September 2009 gave new impetus to the plans being designed by the city of Lille and the Metropolitan District Lille-Métropole.

As long ago as 1994, working with Mark Lloyd of EuroWaterways Ltd, I wrote of the benefits of opening up Lille’s old canal arms, and architect Roger Beckett showed in some simple drawings how the canal basin in Lomme could become a vibrant boat harbour and urban centre. Since then, how many boats have given Lille a wide berth, skirting round the Citadelle on the high-capacity waterway, without realising what they were missing, or simply regretting that nothing had been done to welcome them in the city?

Determined to implement the proposals of the successive studies, Mayoress Aubry and her council opted for the most ambitious and costly of the three canal arms, the Vieille Deûle, penetrating into the historic city centre. As shown on the map, this involves a new cut to link with the Deûle, part of a local regeneration project called ‘Cœur de Deûle’, and re-excavation of the cut south from the historic Porte d’eau (now a major cross-roads) towards the church of Notre Dame de la Treille. Three design-and-build consortia were selected from six projects, and invited to prepare detailed designs and costings. 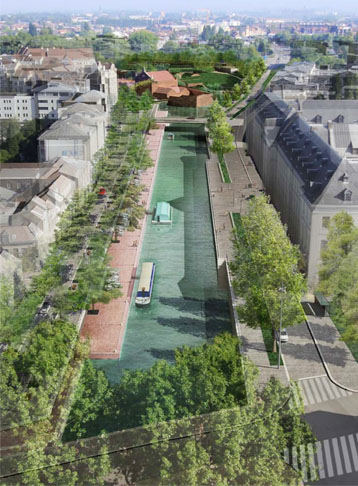 In the meantime, I was in another consultancy group advising Lille on an overall master plan for water in the city. I observed that it was unfortunate to spend €40 million on this branch, however spectacular for the city centre, while not treating the other arms, where it seemed more value could be derived from smaller investments.

In essence, the counter-proposal was to restore the link between the Moyenne Deûle south of the Citadelle and the modern waterway downstream of the Grand Carré Lock, also developing a boat harbour with all services in the canal basin at Lomme. But the issue of priorities was not the only reservation to be expressed. Councillors faced unexpected opposition to the project at public meetings. Local inhabitants were concerned about car parking, the risk of flooding their cellars (unrelated to the project, but it is hard to overcome prejudices and perceptions); there was also scepticism about the usefulness of the canal arm. Finally, Lille politics clouded the issue. Outlying communes in the metropolitan district felt that the investment was going to benefit the central commune of Lille, and should be balanced by other investments to boost waterway tourism throughout the network. This is the purpose of the Plan Bleu for Lille Métropole, in which I have also been involved, with landscape architect Alfred Peter.

To cut a long story short, the Vieille Deûle project through to the Avenue du Peuple Belge has been put on hold, while the overall strategy of the Plan Bleu is defined and eventually approved by elected representatives throughout the metropolitan area, from the Belgian border and the pastoral landscapes of the Lys valley in the north to the former coal mining belt in the south. 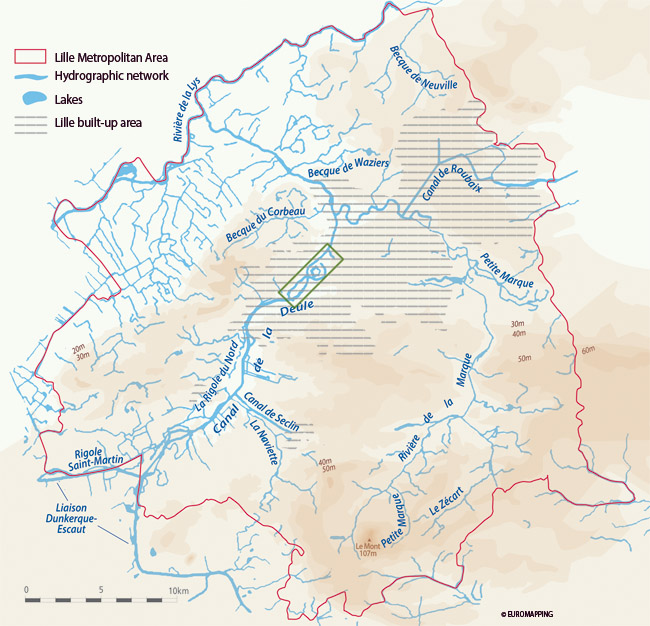 This means that boaters will also have to wait for a few more years, while these plans mature and are implemented, hopefully with less political wrangling and a clearer understanding of how all these canal projects are in the common interest of the population and tourists throughout the region.

Once this understanding has been reached, and the Plan Bleu approved, the Vieille Deûle project will be back on the agenda, and should hopefully be completed in the medium term. In the meantime, the old route round the Citadelle, via La Barre lock, should be back on the map! This will complement another major tourism and heritage project in the open space between Vauban’s fort and the city centre.