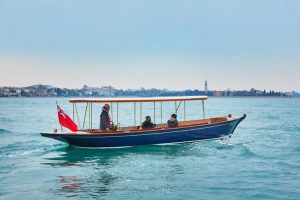 WI’s Alternative Fuels Committee is working to promote methods to accelerate the transition of personal and commercial water craft used on inland waterways towards clean and sustainable propulsion systems. Its audience is the boating public as well as commercial interests, corporations, and legislative agencies. Its goal is to provide information on the latest technologies and best practices to these audiences so that they can make the best informed decisions about how to reduce carbon emissions from marine propulsion.

Its geographical boundary is limited to inland waters, particularly large to medium-sized navigable rivers, lakes and canals, but no further out than coastal estuaries around the world. Its main focus is on smaller vessels, under 40m in length.

Our focus is on commercial systems ranging from battery electric charged from clean-grid energy or photovoltaic (PV) and sustainably-generated hydrogen to be used with fuel cells (HFC). We welcome research into novel forms of energy storage, as long as they do not involve fossil resources.

Cleaner and faster refueling and recharging systems will be evaluated. Technical and financial success stories of all vessels using AltFuels will be studied for potential application. Strategies will include industrial and governmental lobbying and publishing, research and practical evaluations. 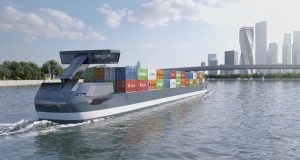 While we admit that during a transitional period the hybrid use of fossil and partly fossil energy carriers is inevitable, our ultimate goal is the contribution of boating on inland waterways to a clean and sustainable future by 2030.

We are realistic enough to understand that our goals will affect interests of stakeholders invested in conventional technologies. However, we offer our assistance to anyone seeking help in making the transition in a way that allows stakeholders to stay in sync with the inevitable conversion to zero emission propulsion technologies while there is still time.

Members of the committee 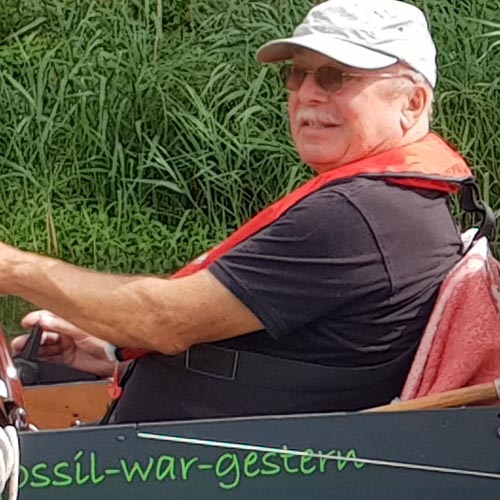 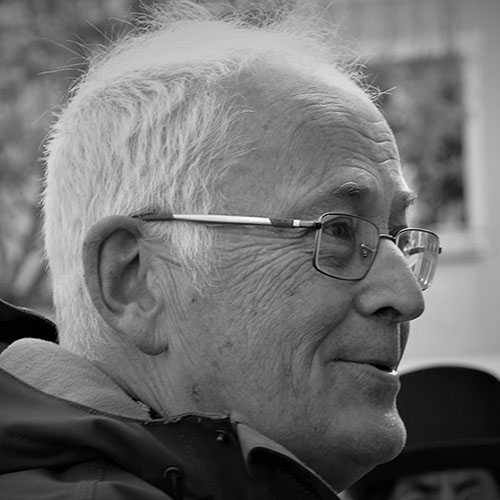 Since 1976, Kevin Desmond has been writing and publishing books about the history of motorboats (racing, cruising, waterskiing etc), he published my first article about electric boats and their possible revival in 1979. In the 1980s as Chairman of the Electric Boat Association and editor-writer of “Electric Boat News” Kevin encouraged battery electric boating, including speed and cruising record setting. Arriving in France in 1992, while the researcher of boats and engines for a pleasureboat museum in the submarine pens, he also helped to set up the now flourishing French Electric Boat Association. More recently, Kevin has researched and published six books on the origins, development and potential future of electric transport (boats and ships, airplanes and drones, bikes and motorbikes, trucks, agricultural machinery and buses. He is currently President of the Electric Boat Association. One of his ongoing ideas the NGO VeniceAgenda2028, aided by IWI, Assonautica etc. to transition the Italian city’s 1800 motorboats to alternative fuels – especially electric – by 2028.
Location: Bordeaux, France 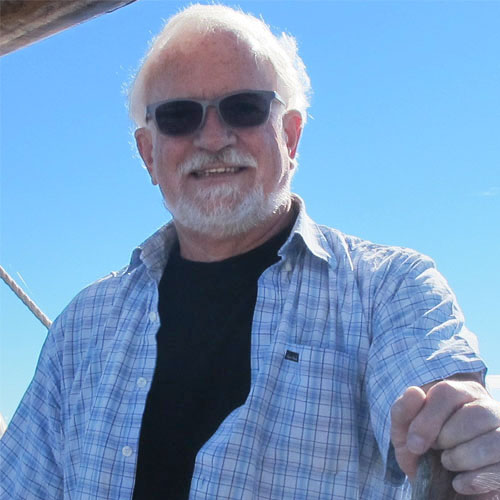 Paul’s involvement with waterways started as a scout in 1965 when he assisted in moving a narrowboat from Birmingham to Uxbridge for the local authority to use as a community boat. He later chaired a youth and community boat scheme using two boats in Berkshire. In 1986 he and his wife acquired a full length working boat and developed a deep interest in commercial carrying. In 1995 they bought the butty boat that reunited the pair that had been built together in 1936. His career included a period as sales director of Marine Engine Services. He was a founder member of the Commercial Boat Operators Association, Paul is a fully qualified boatman for the Community Boat Association, is vice-president of IWI, representing its Council on this committee, and manages the IWI pavilion at the BOOT boat show in Düsseldorf.
Location: Windsor, UK 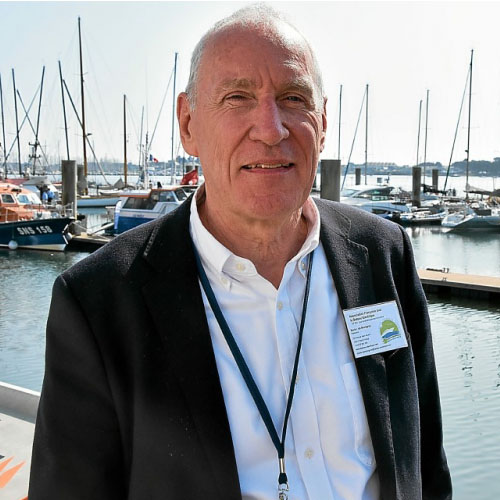 With more than thirty years of experience as Manager and Director in the automotive, personal computers and naval industries, Xavier de Montgros has developed his competencies in global High Tech. Has led sales, engineering, procurement, supply chains and services operations across the world at Renault, SNR, Hewlett Packard and ODC Marine.
He holds a mechanical engineering degree from ECAM in France, as well as an MBA from IAE in Paris. He is also certified as an International Executive and Mergers and Acquisitions expert from INSEAD in France.
In 2010 Xavier Joined ODC Marine as Associate Director to help develop the ferry boats into renewable energies. ODC Marine has developed a range of electric and hybrid boats for 12 up to 200 passengers using lithium batteries and permanent magnet motors. These boats have been in successful operations since. Since 2014 Xavier de Montgros has been the president of the French association AFBE, to develop electric boating within France.
Location: Paris, France 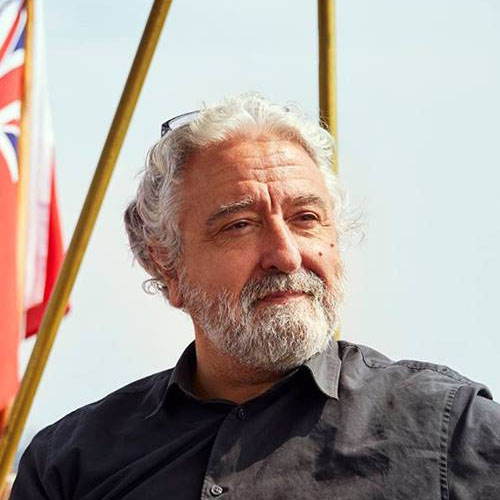 Architect Francesco Calzolaio works for an accessible, participatory and sustainable Venice lagoon, together with the main stakeholders, including Magistrato alle Acque, Province and City of Venice, Management Office of the UNESCO site “Venice and its lagoon”, Council of Europe, Navy and with the association of which he is president, Venti di Cultura. Since its guide to lagoon museums for the Province of Venice in 2003, he promotes a network of sustainable water carriers, as an alternative to excessively polluting and concentrated tourism. Since 2012 he has been coordinator of the committee for the eco-museum of the entire lagoon, as a network of 20 local associations, and of the 9 all municipalities that overlook it. He designed in 2015, for the UNESCO office, a widespread system of “slow tourism” landings. Furthermore, as entrepreneur, guide and skipper he offers services for cultural and sustainable tourism. He is the ‘man in Venice’ of IWI and VA2028, for whom he coordinates the activity of the e-regatta Committee locally.
Location: Venice, Italy 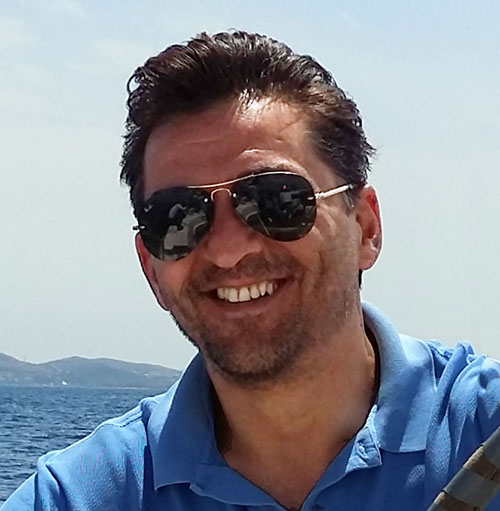 Electrical engineer from ATEI Chalcis, was born and studied in Aigio. Graduated in 1998 from the Military Faculty of Telecommunications (S.E.T.TIL.). and began his career with Alstom- AEG, manufacturing specialised instruments for mobile telephone companies, also manufacturing substations. Continuing his specialisation in evolved electronic systems in Intrakom Group, was involved in planning and manufacturing the Defensive Directed Missile System Patriot for the Greek Armed Forces. In 2004 joined the German company Carl Zeiss Optronics Gmbh for further qualification on their Leopard 2 Hel project, and in 2006 joined the Lamia Polytechnic Colleges, Aerospace Engineering department. In 2007 created his own technical company Iliofos Co, to manufacture, study and supervise electric–hybrid cars and public transportation. Assignments included electromechanical public works, Industrial buildings and privately-owned photovoltaic applications. In His project for transforming public transport vehicles from internal combustion to electric or hybrid drive was selected in 2009 by the Smilies programme of European Union, and In 2011 he began collaboration with leading companies in the field such as NetGain Motors, Logena Automotive and UQM Technologies. His love of the sea and Greece places him in the forefront of initiatives to help his homeland, and in 2016 he created the Organisation of Electric Boats of Greece, ‘EBA Greece’ of which he was elected chairman.
Location: Athens, Greece 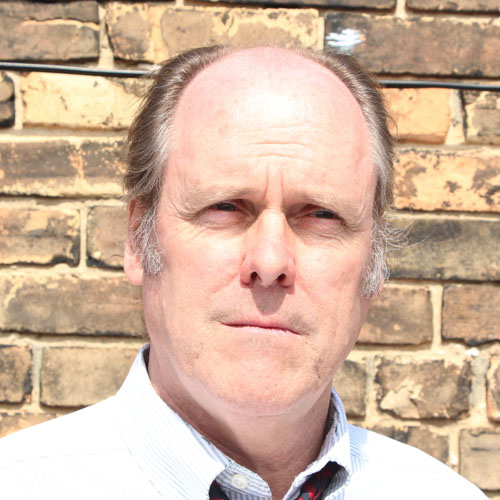 Editor/publisher of Plugboats.com – the international journal of electric boats. The website covers news and information about both recreational and commercial boats and ships and all aspects of non fossil fuel marine propulsion including electric, hydrogen and fuel cell solutions. In May of 2020 he launched the Gustave Trouvé Awards for Excellence in Electric Boats and Boating (‘The Gussies’) to recognize the innovators and builders who are leading the growth of clean marine propulsion.  He is based in Toronto, Canada and is also the organizer of the Toronto Solar Boat Race scheduled  for the city’s waterfront in the summer of 2021. Jeff’s background is in publishing and marketing/advertising. He spent 25 years creating print, radio and television communications for some of the world’s leading advertisers and has received multiple awards for his work, including the highest honours in international shows in Canada, New York, Los Angeles, Chicago and London.
Location: Toronto, Canada 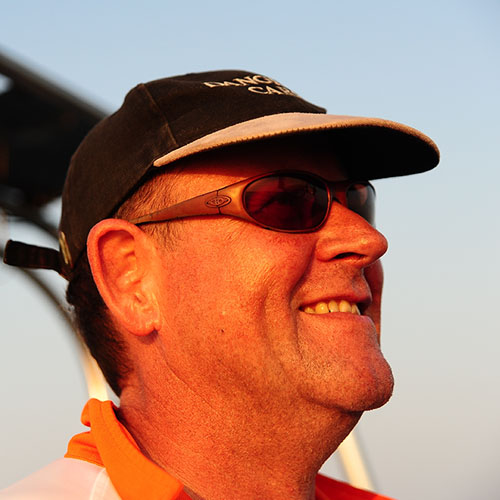 Works in the marine industry in Hong Kong, running a company supplying engineered products to boat builders in China. He has a long family history of boats and boat building and a wide experience of the UK inland waterways dating back to the 1970s. He has a strong interest is in the promotion of the use of “retired” industrial canals for leisure purposes and adapting currently commercially available technologies to create low impact boats (and boaters). Simon represents the Hong Kong Boating Industry Association on the ICOMIA Environment Committee and is the immediate past chair of the Association. Simon is the author of the Low Impact Boating Initiative and is currently designing and having a boat built for the UK inland waterways which incorporate many of the design ideas from that paper.
Location: Hong Kong 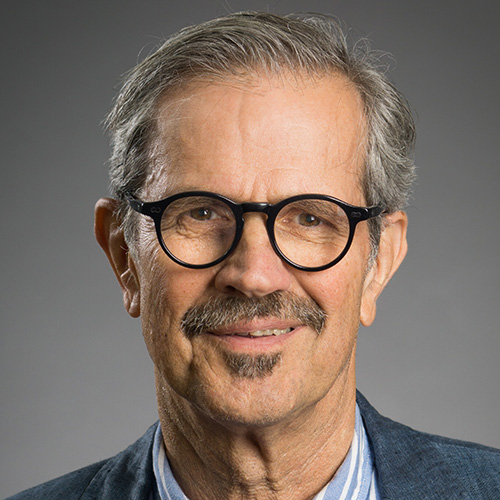 Hans Thornell is a Naval Architect from Sweden and a Lieutenant Commander in the Swedish Navy. Most of his over 40 years’ business career he has worked as an international management consultant. He is now back in shipping as the founder and CEO of Green City Ferries, which started its operations by buying the old ship Movitz and rebuilding it into the world’s first supercharged electric ferry in 2014. It is still operating as a 100-passenger commuter ferry in Stockholm and charges in 10 minutes. The next breakthrough was the launching of the BB Green prototype in 2016. The vessel is still the world’s fastest electric ferry making 28 knots with 80 passengers. Since then, a commercial 147-passenger version, BB Green 24, has been developed and is now ready for the market.
Location: Stockholm, Sweden
Website: www.greencityferries.com
e-mail: hans@greencityferries.com 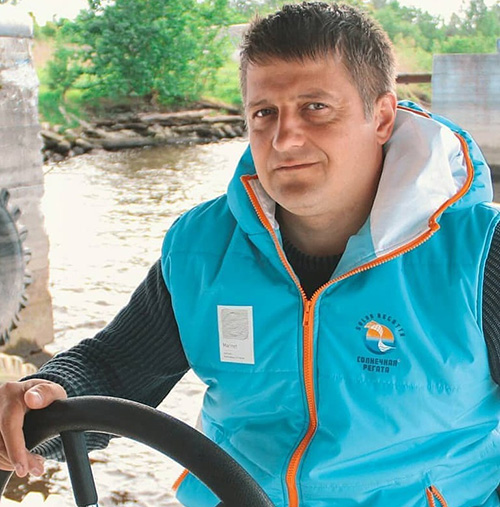 Alexandr Razvodovskiy is technical director of the non-profit organisation ‘National centre of engineer contests and competitions’, a member of IWI.  With a background in programming, 3D design and logistics, he has been a member of the organising committee of the Solar Regatta Engineering Competition in Russia since 2014. He has designed and manages educational programmes on solar-powered boats for students and pupils, as well as promoting educational programmes for schools and summer camps. International relations have been developed with competing teams from overseas countries: Germany, Netherlands, Hungary, Poland and Finland. He has supported the Russian teams competing in the Solarbootregatta in Germany. He was captain of the solar-powered catamaran Ecovolna on her pioneering scientific and educational voyage through 6000 km of Russian rivers and canals with solar power only, in 2018.
Location: Moscow, Russia
Website: www.russiansolar.ru
e-mail: alex@russiansolar.ru